Born and raised in Bossier City, LA, Jeremy now resides in Birmingham, AL.
Before joining Tradewinds Software in early 2010 as a programmer, Jeremy worked at Embarq Communications (now Centurylink). There he specialized in business and home internet/networking and land-line support. He began his career at TradeWinds as an assistant programmer and level 1 support and spent years studying the software, eventually becoming Vice-President of Software Development in 2015. 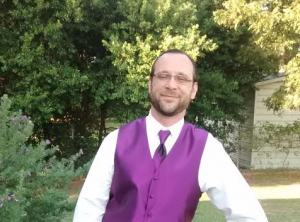 Away from work, Jeremy is an active member of Birmingham’s music community. He performs in the band The Glass Jars (www.theglassjars.net) and mentors beginning bands on how to develop good habits of musicianship. In his off time, he can usually be found spending time with his wife, Shawna, and daughter, Amelia.