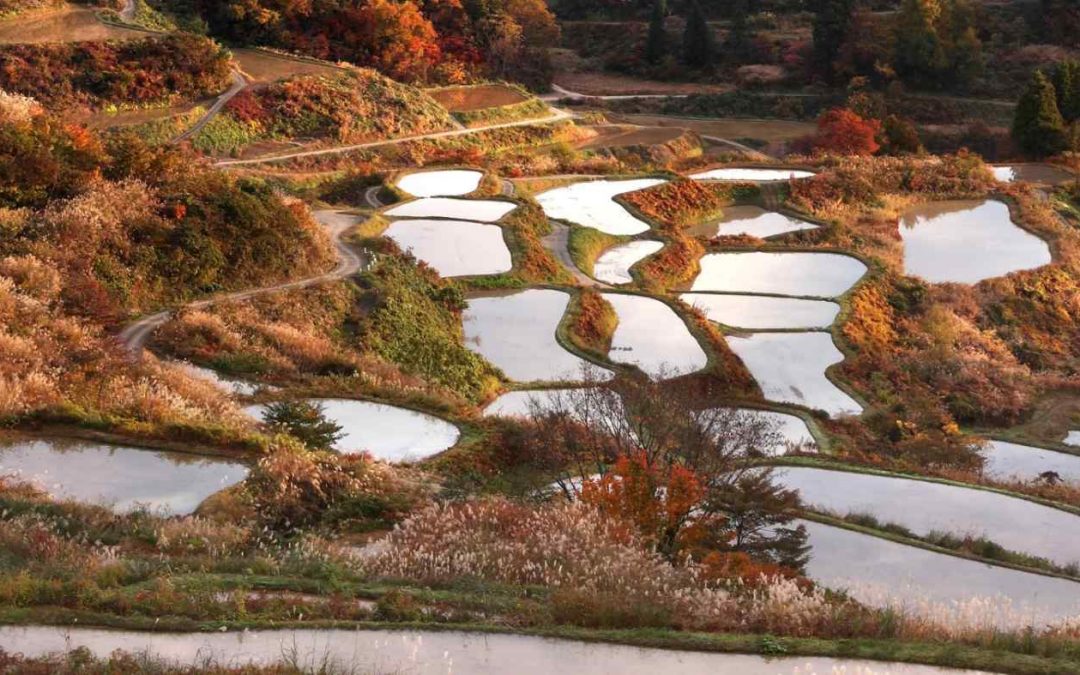 Terraced paddies in the Hoshitoge area of Tokamachi, a city in Niigata Prefecture, gleam next to crimson foliage in late autumn. TOKYO — It was a century ago that a discerning American geographer described Japan’s terraced paddies as the nation’s “pyramids.” But they are more than that. In early […]